Rocío Molina, 2010 National Dance Prize-winner, takes concepts like roots, essence and purity and redefines them with a radically innovative artistic idea, stripped bare of all artifice.

Al Fondo Riela (Lo otro del Uno) is the second stop on a journey that retraces the steps of tradition in order to travel it again and recover the pure creative act of flamenco, fragment of Trilogía sobre la guitarra. Rocío Molina, 2010 National Dance Prize-winner, takes concepts like roots, essence and purity and redefines them with a radically innovative artistic idea, stripped bare of all artifice. She only needs the original triangle of flamenco (dance, song and guitar) to develop her whole creative universe. A show with a dialogue of mirrors between dance and two antagonistic concepts of the guitar: one dreamlike and tragic and the other ingenuous and Bach-esque.

Rocío Molina is one of the most internationally renowned Spanish artists. Her shows have been seen in theatres and festivals all over the world, such as the Barbican Centre in London, the New York City Center, the Esplanade in Singapore, the Tanz Im August Festival in Berlin, the SPAF Festival in Seoul, the Stanislavsky Theatre in Moscow, the National Theatre of Taiwan, the Dansens Hus in Oslo and Stockholm, the Transamériques in Montreal, the Théâtre National de Chaillot in Paris or the Bunkamura in Tokyo. On a national level she has been unstoppable and her work has been seen in theatres and at festivals like the Español or the Teatros del Canal in Madrid, the Biennal de Flamenco or the Teatro Central in Seville, the Grec Festival in Barcelona, the Mercat de les Flors, the Cervantes in Malaga or the Jerez Festival.

This show offers a prefunctional colloquium at 7 pm and post-function. 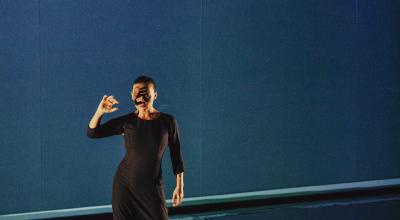 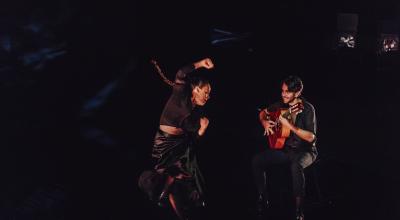